This article was originally published by Architect Magazine on August 31,2021. Article can be viewed here.

Cities thrive on dynamisms fueled by a diversity of customs, cultures, and classes—but the middle class is being squeezed out. While this problem has occurred in major metropolitan areas on both coasts for decades, it is now affecting smaller inboard cities, like my hometown of Pittsburgh.

Development of more high-quality workforce housing—the buzzword for middle-class housing—would be a step in the right direction. Defined as housing that is affordable for families earning 60% to 120% of area median income, workforce housing keeps the backbone of communities from having to decamp to the distant suburbs and shields our city from economic extremes. Economic diversity has an intrinsic value to the region and offers an untapped opportunity for developers.

Pittsburgh has seen its share of reinvestment over the last 25 years. The city’s legacy industries, such as banking and manufacturing, are now bolstered by tech companies wanting proximity to our strong “Meds and Eds.” As a result, Pittsburgh has attracted Silicon Valley’s biggest names—Google, Uber, Apple, and Facebook—and spawned homegrown companies like Aurora and Duolingo.

The boom of high-paying jobs has attracted tens of thousands of workers. While the net population of Pittsburgh has remained relatively unchanged since 2000, the per capita income has increased by 24%, according to Pew Research. This suggests that the middle- and lower-income families are being replaced by wealthier residents.

As a result, Pittsburgh, once known for affordability, has seen a dramatic shift in the cost of living. The pre-pandemic Freddie Mac Home Price Index notes a 35% increase in metro home value over the last five years. In the region’s trendiest neighborhoods, the increase becomes four to five times that amount. Working with a Philadelphia developer, LGA Partners renovated the Maul Building, a mid-rise, turn-of-the-century office building, into 24 one- and two-bedroom units. This project sparked development interest in other sites in the South Side of Pittsburgh. 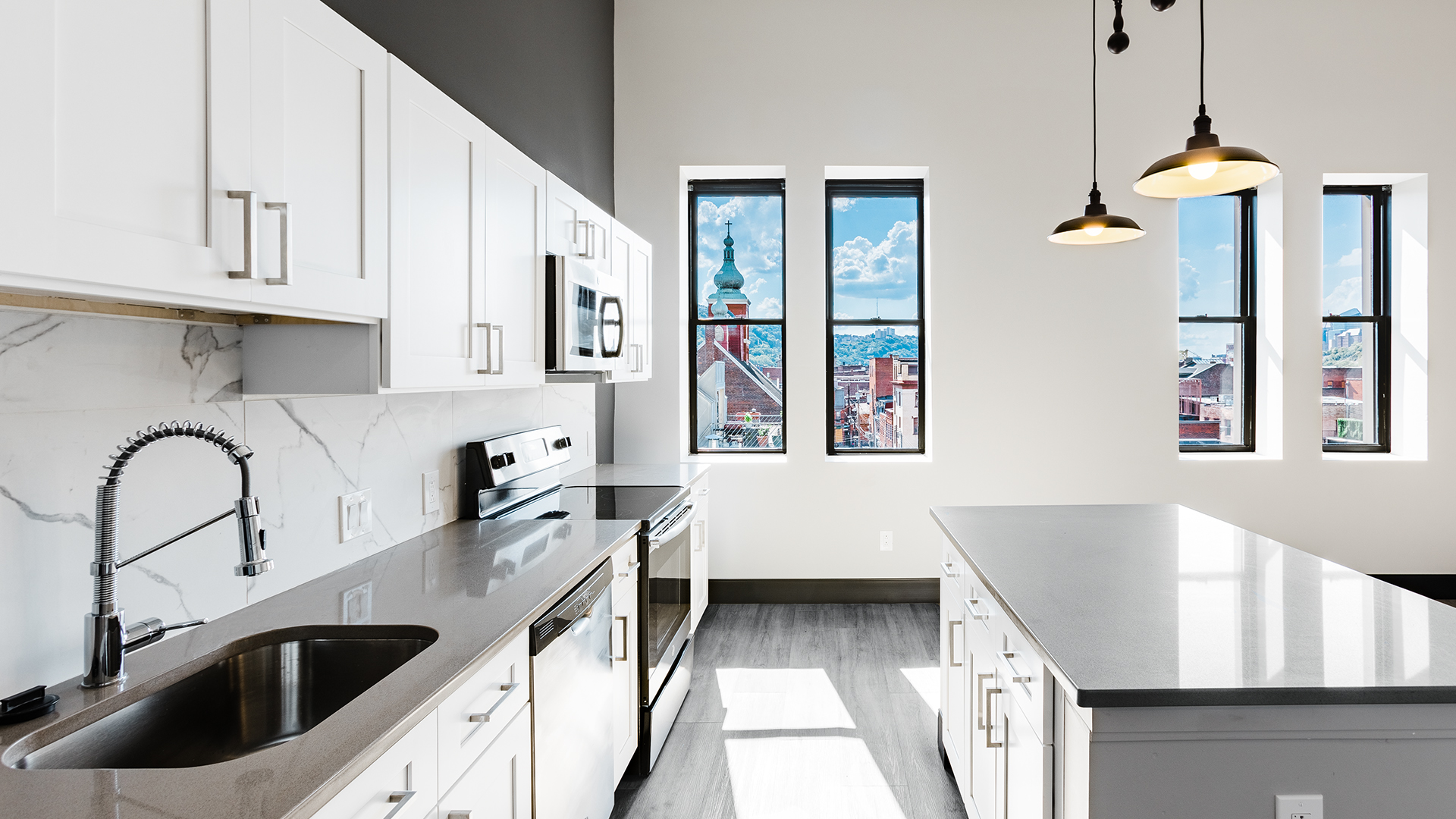 Renovation of the Maul Building, in Pittsburgh, by LGA Partners

The city has seen a massive building boom of market-rate housing that appeals to the influx of white-collar knowledge workers. Units have high-end finishes, large expanses of glass, and open floor plans. Each development seeks to out-amenitize the next, advertising massive rooftop decks, pet-washing stations, CrossFit studios, sand volleyball courts, and even a four-lane duckpin bowling alley. These projects command rents that set the ceiling for what the local market will bear.

Pittsburgh, like other communities, continues to build federally subsidized affordable housing. These subsidies are administered by our state-run Housing Finance Agency, which doles out federal tax credits that attract private development to affordable housing. These tax credits act as both a carrot and a stick: Developers get tax credits that can be sold to offset funding gaps, but they must build energy-efficient, high-quality products that look and feel like their market-rate brethren. Amenities here are less trendy and are geared to support services that low-income families need: community rooms, open space, playgrounds, fitness facilities, and health clinics.

While both our high-income and low-income workers have quality housing options, middle-income workers face a dearth of housing products, save the cookie-cutter single-family detached homes in the ’burbs. According to Pew Research, 52% of Americans fall into the vast middle class. In Pittsburgh, that equates to a median annual income of approximately $48,000. This income is neither high enough to afford the flashy, new market-rate housing nor low enough to qualify for high-quality subsidized housing. Middle-class individuals and families are overlooked.

LGA Partners designed the adaptive reuse of a schoolhouse in the Swissvale neighborhood of Pittsburgh and was able to keep all units within a $150,000 to $250,000 price point. 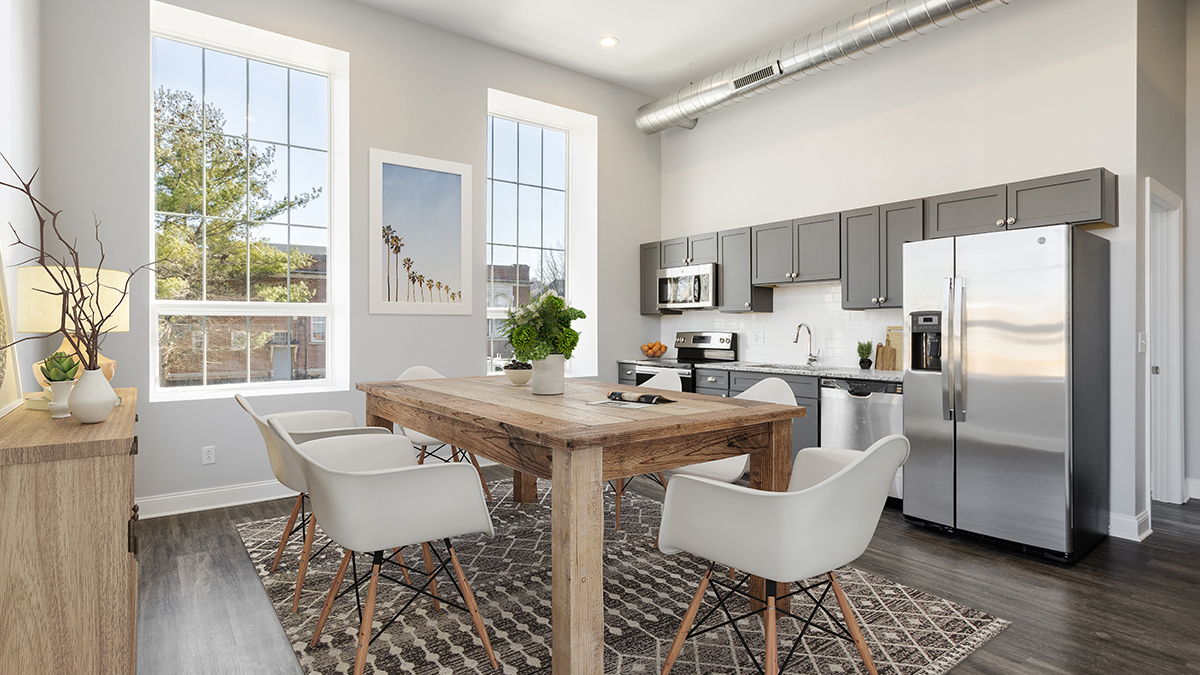 High rents support the cost of constructing market-rate housing. Tax credits fund affordable housing constructions. The challenge for project teams, then, is making workforce housing projects pencil out. The key is to get creative. 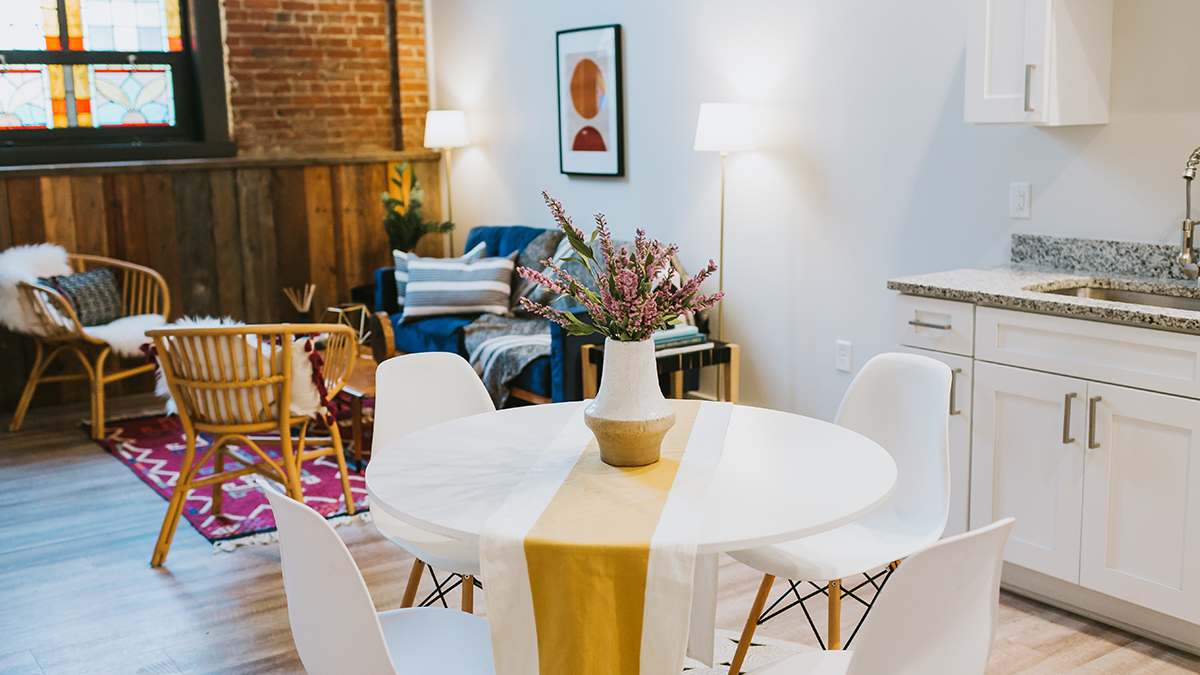 The ideal development team includes a nonprofit group that is dedicated to rebuilding neighborhoods and can identify viable sites, a developer who is willing to invest in a quality product, and an architect able to design energy-efficient and adaptable houses that can help revitalize our urban neighborhoods by ensuring all economic classes can find quality homes. 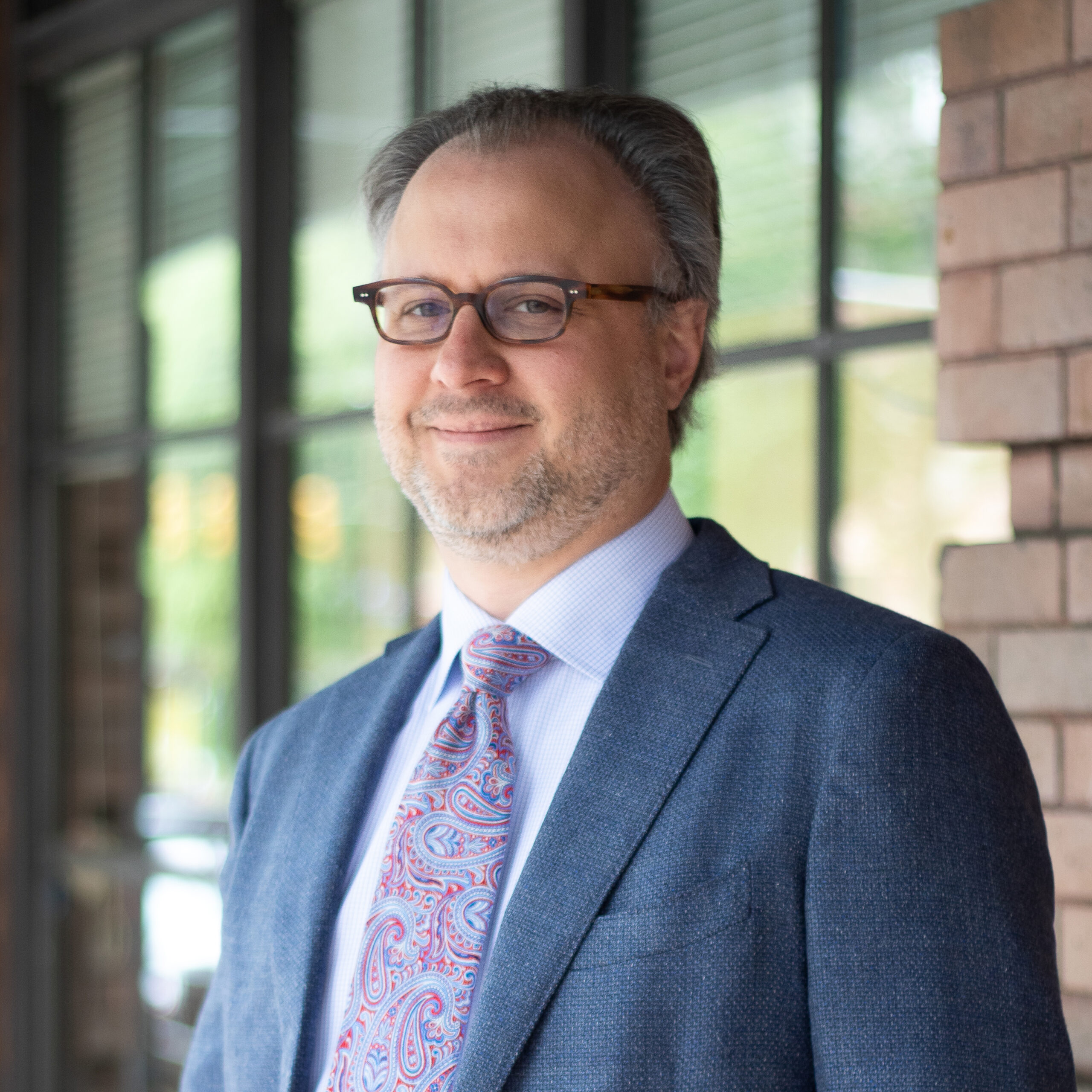